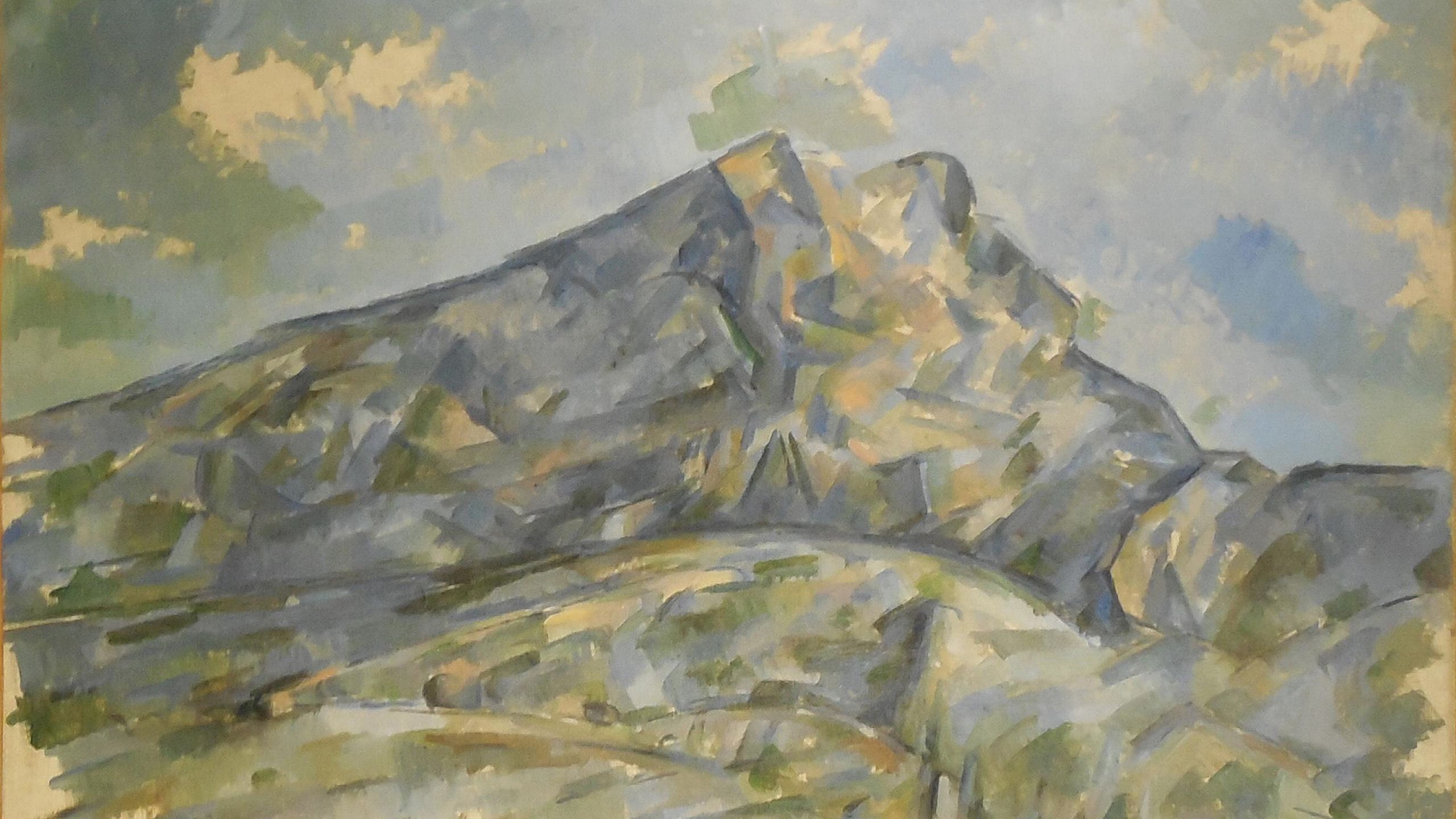 Rupert Spira discusses the silence of objects and images, his time with Michael Cardew, and the transparency of the world.

Since reading Andre Malraux’s Les Voix du Silence as a student, I have often asked myself which objects or images truly merit the title. Would it be the condensed emptiness of the chapel at Vézelay, the anonymous intimacy of a Momoyama tea-bowl, the abandoned font in the derelict church in Les Landes, Josquin des Prez’s Missa Pange lingua, Morandi’s transparent objects emerging and dissolving in space, Malevich’s White on White, Wolfgang Laib’s yellow pollen squares saturated with light…?

These are forms or images that are as motionless as they are silent, almost apologetic for appearing in form, but nonetheless powerful and penetrating. They are embodiments of silence.

But there are other forms — a page from the Book of Kells, Beethoven’s haunting late String Quartet in A minor, the primordial movements of Sankai Juku, Anish Kapoor’s spaces that are neither inside nor outside, Rothko’s shimmering colours that invite and defy, the mystical nature of the world that Kandinsky sought to embody in his painting, Cezanne’s last landscapes — in which the rhythms and tensions of movement do not apologise for invading the apparent fragility of silence.

They explore and celebrate its infinite potential. They ask impossible questions, in which the legitimacy of not only form but space and time themselves becomes the object of exploration. And they receive ambiguous answers. They allow meaning to be meaningless, but at the same time give it its credibility. They are no less the voices of silence.

Where is mind located? Does consciousness ever disappear? Is the body in the mind or the mind in the body? How do I know that I exist? What lies in the space between thoughts? Can something come from nothing? How could matter give rise to consciousness? In what does the mind appear and disappear? What is beauty? Does thought ever touch an object? What is truly perceived? Can two sensations ever meet? What is the form of silence?

I had been at Wenford Bridge, on the edge of Bodmin Moor in Cornwall, for about six months and felt that I was beginning to acquire some mastery over my medium. One morning Michael entered the workshop through a door at the far end and began to walk towards where I was working on the wheel at the other end. The workshop was long and narrow — an old skittle alley adjoined to the house, which had been a pub before Michael bought it and built the pottery there in the 1960s — so it took some time for him to reach me. Enough time for a sense of expectation to grow into an inflated sense of my own accomplishments.

He stood in front of the shelves of bowls I had been making all morning — maybe fifty or sixty — for what seemed like several minutes, assessing the work and, whether he knew it or not, allowing the silence to further inflate my self-esteem. Then he turned to me and, with a withering expression on his face, said, ‘You haven’t begun to take that shape into yourself.’

It was many years later that I realised an investigation had been initiated that morning that would define the next thirty years of my life as an artist. A seed had been planted which, like a Zen koan, defied thought and at the same time invited my mind in an unknown and yet strangely familiar direction. The words echoed in me for years.

A bowl is perhaps the most ancient shape that man has made, cupping hands together to hold water even before clay was first dug from a riverbed to imitate the gesture. It is a symbol in which millennia are embedded, a momentary pause in the ongoing conversation between maker and environment.

Cardew’s workshop was like a laboratory in which our purpose was simply to bring nature’s elements together and encourage, even persuade them — but God help you if you were to force them — to rearrange themselves in a way that administered to the needs of human beings, from the requirements of the breakfast table to our deepest yearning for love, meaning and felt understanding. Michael once said that as a potter he was trying to do the same thing that Pasolini had said he was doing in his films, ‘trying to restore to reality its original sacred significance’.

Like a face on which life has left its trace, a bowl is a gesture in which the distilled essence of experience is enshrined. To take a shape into oneself is to take life into oneself and allow oneself to be taken into life. A bowl is a silent witness of this embrace.

The Transparency of Things

Standing in front of a mountain, Mont St. Victoire, one of the most solid and enduring structures in nature, the painter Paul Cézanne observed, ‘Everything vanishes, falls apart, doesn’t it? Nature is always the same but nothing in her that appears to us lasts. Our art must render the thrill of her permanence, along with her elements, the appearance of all her changes. It must give us a taste of nature’s eternity.’

Cézanne painted the essence of perception. All that is known of a world is perception — not perception of the world, because we cannot be sure we are perceiving a world; we can only be sure of perception itself — and all perception is a modulation of the consciousness in which it appears. The apparent solidity of the world ‘falls apart’ in the immediacy of perception, revealing matter as an abstraction of thought, superimposed upon the reality of experience.

And yet nature endures. As human beings we are as much a part of nature as Cézanne’s mountain, so the subject, ‘I’, and the object, ‘it’, must share their reality. To approach that reality subjectively is the way of the mystic; to approach it objectively, the way of the artist. The essence of subjective experience is consciousness, which shines in the mind as the knowledge ‘I am’; the essence of objective experience is being, which is known in the world as existence, the ‘isness’ of things.

Cézanne was not painting objects; he was painting perception, in which the subject, ‘I’, and the object, ‘it’, are experienced as a single, indivisible reality. That reality — our reality — is Cézanne’s subject matter. He gave form to the emerging paradigm that some physicists in the early 20th century — Einstein, Bohr, Schrödinger, Eddington, Pauli — were intuiting. The amness of self is the isness of things.

The evidence of perception may be an illusion, but to every illusion there is a reality. That reality is the essence of ‘nature’s elements, the appearance of all her changes’. It is shared by all perceptions, but not defined or limited by them. A century earlier, William Blake referred to the essential, unlimited nature of reality, ‘If the doors of perception were cleansed every thing would appear to man as it is, Infinite.’

What is the eternal, infinite reality that Blake and Cézanne were both trying to indicate in their work? What is the nature of this reality? Where does the reality of an object come from? How could something that is real become unreal when it disappears? Where would its reality go? If nothing can become something, then it cannot have been nothing to begin with. If something can become nothing, then it cannot have been something. Cézanne’s painting inhabits the ‘space’ between something and nothing.

Could it be that the experience of beauty is a form of pre-conceptual knowledge, an intrusion of nature’s eternity into time, an intervention of infinity into space? Cézanne destroyed the world we think we know and gave it back to us transparent, luminous, alive.

A bowl is a sacred transmission, the potency of which lies in its capacity to evoke in us the visceral memory of its infinite reality. This potency invites us to participate in its being. An object that arises from this invitation bears its signature. It evokes the act of contemplating rather than the object of contemplation.

Such a bowl is a moment in the dialogue that nature is perpetually having with itself, a meeting place where it explores its own eternity in form and movement, and in turn a place where eternity demonstrates that it is ‘in love with the productions of time’.*

When you take a bowl into yourself, the bowl takes you into itself. Michael’s words echo in my mind and I realise that that morning he transmitted to me something immensely precious and sacred, something utterly impersonal and yet at the very core of myself as a person.

*William Blake, from The Marriage of Heaven and Hell

Did you enjoy this piece by Rupert? If so, we think you'll also enjoy the essay A Man in his Elements by Caroline Seymour.

I Am That – A Poem by Shantanand Saraswati

Journey into the Flame