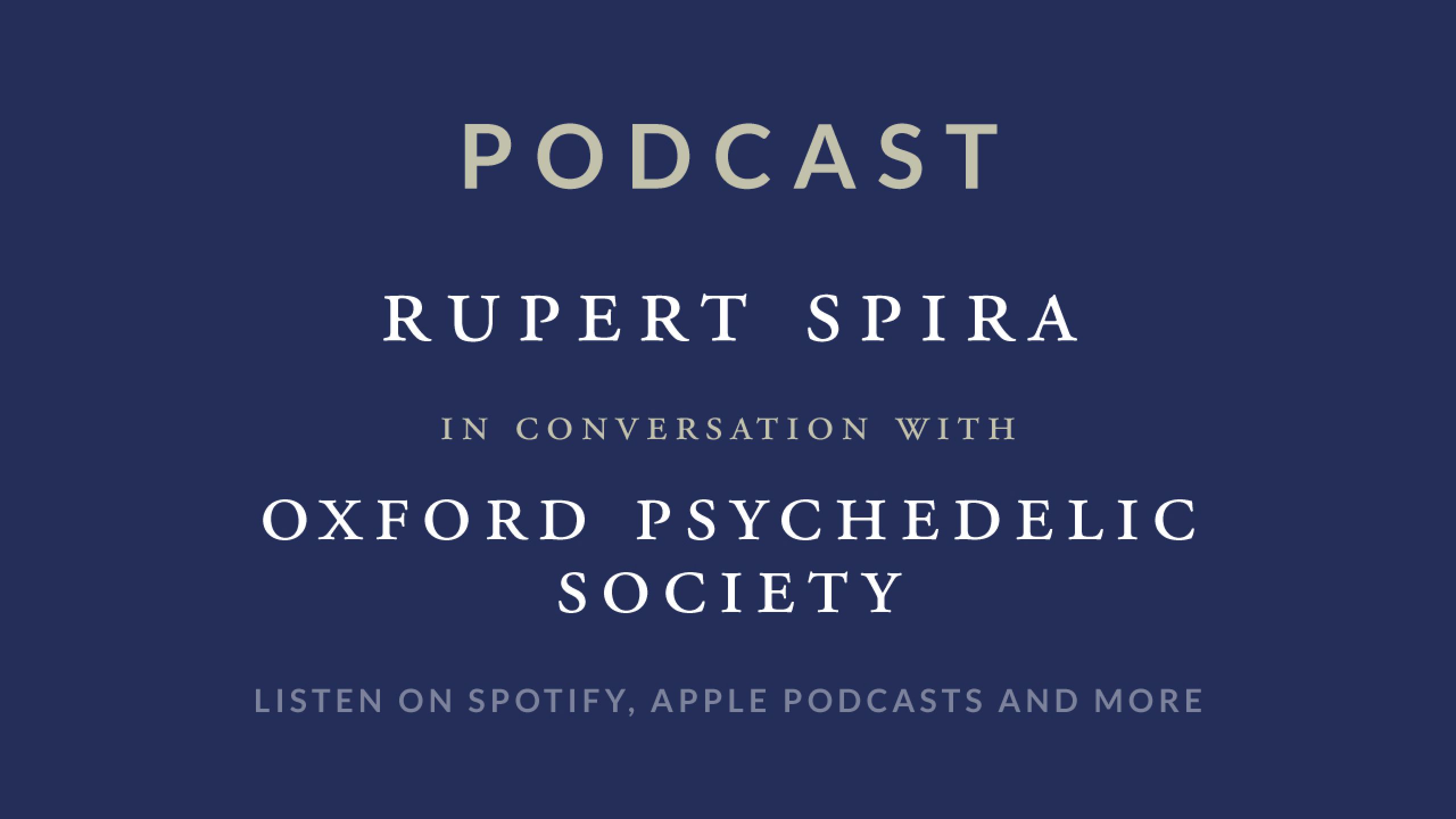 This podcast episode is a conversation between Rupert and several members of the Oxford Psychedelic Society. The membership includes undergraduates, postgraduates and researchers, all with an interest in neuroscience, philosophy, theology and consciousness.

It begins with a question about ethics: Can a life centred around one’s own peace of mind be justified when there is so much suffering in the world?

Rupert begins with a quote from Ramana Maharshi, who said that ‘the greatest service one can offer humanity is to recognise one’s own true nature’. He continues that for some, activism and political engagement are the ways to express their understanding; for some, it may be amassing wealth in order to benefit others; and for some, it’s leading a quiet life in contemplation or aesthetic creation. All these ways are valid. The important part is the understanding, the recognition underlying and informing whatever one’s actions in the world. As Saint Augustine summed it up: ‘Love and do whatever you want’.

There is a question about good, evil and infinity: If everything emanates from one infinite awareness, then people like Hitler and Stalin are also the actors and actions of infinity. How do concepts of good and evil fit with ultimate, infinite reality? Rupert replies that as infinite consciousness contracts into a myriad of finite minds, it forgets or ignores its knowledge of itself as infinite, thus ignoring its connection with all other beings as itself.

Any idea of goodness that is genuine, therefore, means the goodness that is fundamental and prior to the arising of the duality of good versus evil. Individuals such as Hitler and Stalin perform actions arising from an extremity of ignorance, or ego, or separation. With this understanding, we should hate their actions but not them as people. To do the latter would be to play the same game, to collude with them. It is their actions that are violations of truth and as such should be opposed as strongly as possible.

In response to one member’s frustration at his perceived lack of effectiveness in the world, Rupert suggests that he make his worrying his investigation. Ask yourself: ‘Who is the one that feels frustrated? Is it me, the presence of awareness, that feels frustrated?’ Could awareness ever be frustrated? No, awareness is like the space of this room; it doesn’t mind what takes place in the room. You have to establish yourself as [the open, accepting, peace that characterises the room space]. And then your body-mind will just naturally express that. So if you are still experiencing anxiety, lack of confidence, frustration, then these are the residues in you of the ego. Instead of trying to achieve some self-imposed target, do the opposite. Turn around and investigate: ‘Who is the one that is anxious? Who is the one that feels a failure?’

Use these emotions to deepen your investigation into the true nature of yourself and to establish yourself there. Then, more and more, your actions will naturally flow from that, and you will find yourself being effortlessly effective in the world. There’ll be some chance meeting that you didn’t imagine, or design, or expect. You’ll just get an invitation to do something, and it will seem to come out of nowhere. But it won’t.

The universe will be responding to this impersonal stance in yourself. Why? Because what you essentially are and what the universe essentially is, are the same. So the changes we go through internally, they elicit a response; they are synchronistic responses of the universe. The universe will ‘recognise’ that you are, to a degree, free of the ego, and therefore the work you do in the world will be effective.

The discussion ends with a return to the question of how infinite consciousness becomes finite, or localised, and the ‘longing of the finite for the infinite’, as one member memorably puts it. Rupert says that we, as finite minds, are in a state of tension, always seeking resolution or release. Our search for peace and happiness is our instinct to regain equilibrium.