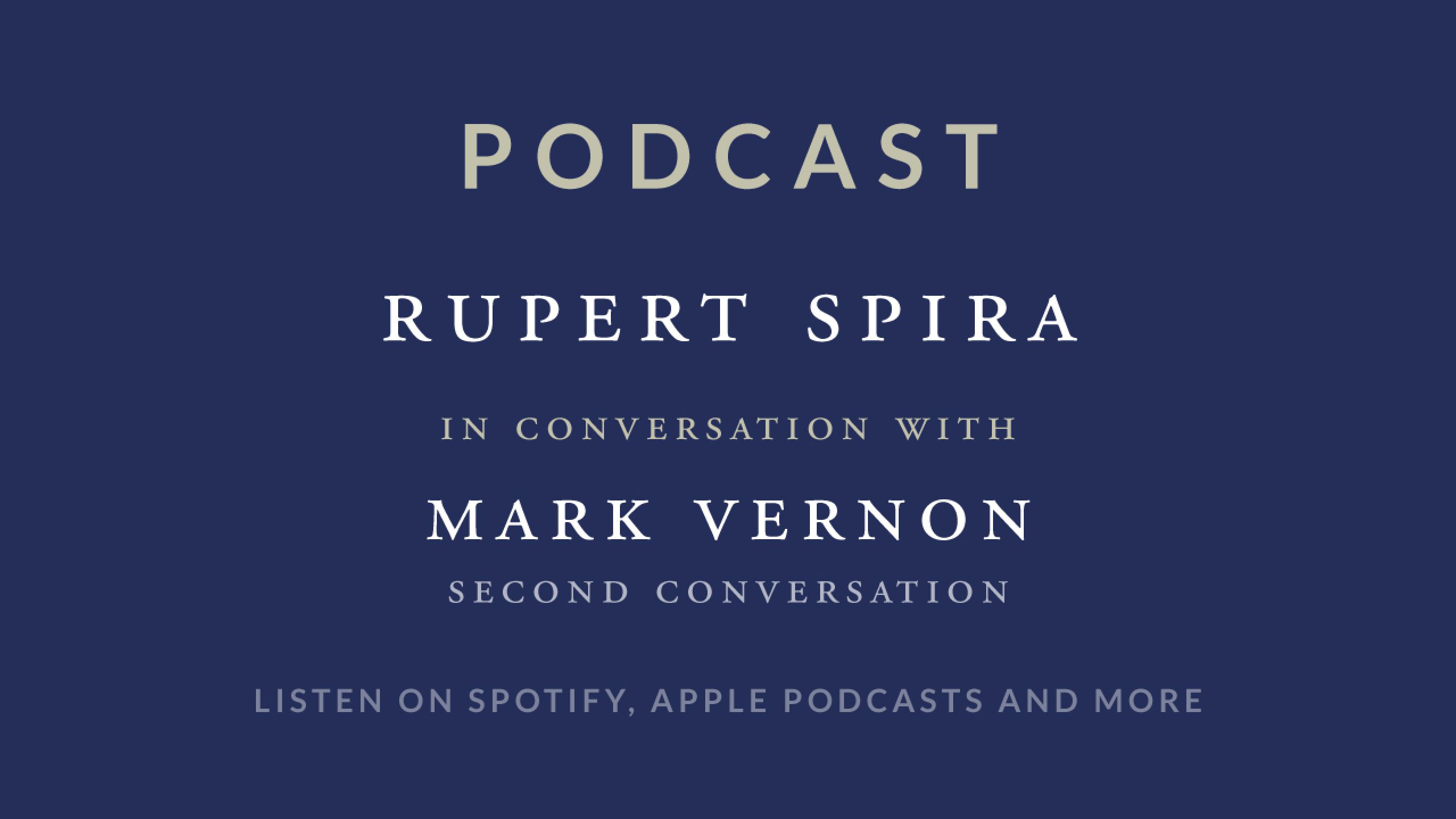 Although Mark had prepared questions in areas he wanted to explore with Rupert, in this far-reaching conversation, this became more a discussion between two people who have pondered and investigated the subjects equally than the type of question-and-answer interview in which Rupert usually participates.

Mark is a psychotherapist with an academic background, and he has also trained as a Christian priest. He is a religious man, who finds in poetry and literature a way to approach spiritual understanding, and in this light, he has recently completed a study of Dante’s Divine Comedy.

Mark and Rupert share a love and knowledge of the poetry of William Blake, Rumi and other Sufis, and their dialogue begins with Mark quoting a section from the opening of Blake’s ‘Jerusalem’:

They explore the theme of ‘oneness with the divine’ as the essence of the non-dual understanding. The poem mirrors the journey that most people who come to the spiritual path take, through unbearable suffering, to find at some point that suffering inverted, when, in Blake’s words again:

. . . The Furnaces [of Affliction] became
Fountains of Living Waters, flowing from the Humanity Divine.

Rupert says that although suffering is something we, as separate individuals, want to be rid of, it can be seen as the gravitational pull of our true nature, the call to return to wholeness. He sums this up as ‘our longing for God is God’s love for us’. To realise this, it is necessary to let go of anything that limits us, our strongest attachments, which can often involve such a direct encounter with our suffering that it is like a kind of death.

Mark quotes T.S. Eliot, ‘The time of death is every moment’, and says that he feels there is something crucial in this at this particular time, when there seems a heightened awareness of suffering and fear of death. They explore this fear, and how it is exacerbated by the extent to which our culture, having completely lost sight of what we truly are, is stuck in the belief that we, ourselves, are identical to our bodies.

All spiritual traditions speak of dying before we die, which refers to dying as an ego, or separate self, before the death of the body. So, says Rupert, the cure for the fear of death is the recognition of our essential nature, or the letting go of the inessential, the temporal, our attachments and limitations.

The conversation continues around the subject of time and space, how they are essentially mental constructs because there is actually always and only ever the here and now. Awareness of the present moment is given so much importance in spiritual practice, as it is the basis for freedom from the tyranny of conceptual thought, with its grasping, veiling, restless and never-satisfied tendencies. It is only when seeking and craving come to an end, with the withdrawal of projections back and forth in time and space, that there is the possibility of peace and happiness.

Mark finishes by reading again the lines from Blake he began with, which have acquired fuller resonance and meaning through their conversation.

Listen to the full episode on Spotify, iTunes or Podbean.