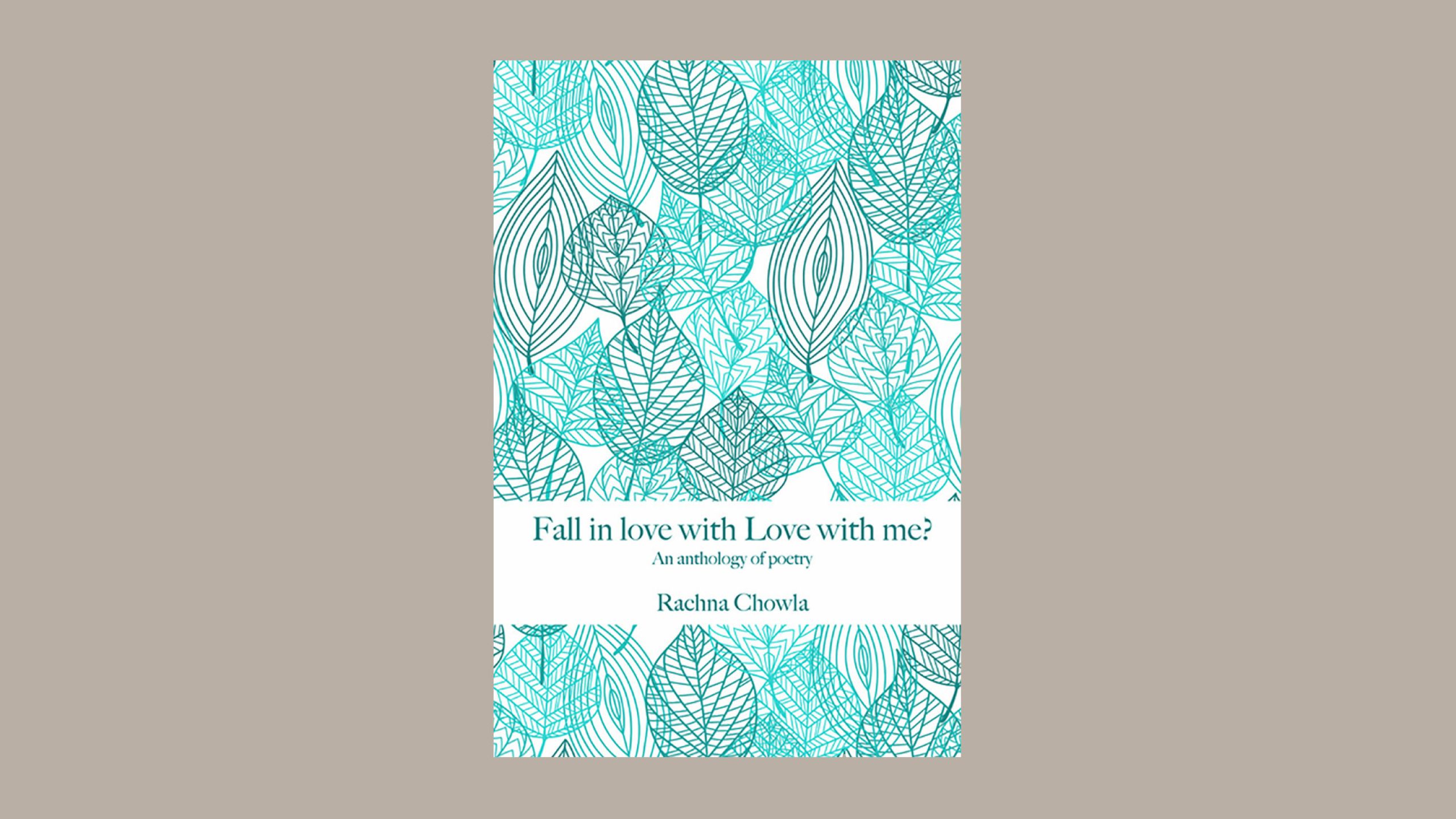 An exploration of Rachna Chowla’s poetry, and how it has been inspired by the non-dual teachings of Rupert Spira.

For several years, Rachna Chowla has enchanted attendees at Rupert’s retreats in Wales with readings of her poems; words that attempt to take us beyond all words to the one reality that underlies all of our sensory and felt experience. In a conversation with Rachna, writer Jenny Beal explores how this gift of poetry developed and how her poems come to her.

Rachna had a predominately scientific education, and the poetry she studied at school held little interest for her. Her love of poetry developed in her thirties when she came across the Sufi poet Rumi, and fell in love with his poems.

This was a radical departure from the spiritual path she was following at that time. Having been brought up in a Hindu household, she was drawn towards a traditional Vedanta path, and as an adult she attended a Vedanta school. She enjoyed exploring that teaching from an intellectual perspective.

But, Rumi’s poems touched Rachna deeply in an entirely different way. Rumi writes about the body and about love, neither of which are given much attention in the Vedanta tradition. Just a few words from one of his poems can have a transformative power, transporting us to the expansiveness that lies beyond mind.

Rachna’s first poem was written for friends who were getting married, and this was followed by poems for other friends. But it was in 2014, during a time of two significant changes in her life, that the poetic impulse began to grow and flower. The first change was falling in love. The second was a growing interest in non-duality.

Rachna had started attending Rupert’s meetings and felt more in tune with his teaching on love and beauty than with the somewhat strict and disciplined approach of her Vedanta school. Poetry became a vehicle for expressing her love of truth, and also her inner teacher.

Many of those early poems speak of longing, but underlying that longing is a recognition that what is longed for is already known and waiting to be remembered. One example is her poem ‘This Utopian Chance’.

Listen to This Utopian Chance.

When asked about the inspiration for this poem, Rachna recalls: “I was sitting on my sofa, and it was raining outside. There was a tip-tap of the weather and the world, almost as a knocking, reminding me, saying, “Look inside you, everything is reminding you”.” The poem has a tantric quality: everything I see, everything I hear, everything I touch is inviting me back to myself.

Rachna’s growing and evolving understanding of non-duality is chronicled in her poetry. For example, the expression of love in some of her early poems suggests a feeling of longing for something more, a longing to be united with the beloved. In her more recent poems, love takes on a subtle, impersonal and inclusive quality, with no attachment or stickiness.

When she goes back to a poem that she hasn’t looked at for some time, it’s as if she is reading it for the first time. She feels her poems are not hers – they visit her like birds visiting a waterfall. Sometimes they will come and sometimes they won’t. She explains how she learnt from Rupert that it’s up to them when they come, and all that is necessary is to collaborate.

Some of Rachna’s poems are addressed to a ‘you’. So who is that ‘you’? As in Rumi’s poetry, ultimately that ‘you’ is the divine, universal ‘me’. But Rachna likes to leave some ambiguity so that people are drawn to ask that question for themselves and to find their own answer. That type of ambiguity is a common feature of her poetry. It has the effect of creating a space through which the reader or listener can sink into the placeless place from which the words came.

In 2017, Rachna published her first book of poems, Fall in love with Love with me?. The title has an element of circularity to it, apparently going outwards towards ‘Love’ but then circling back to its source in ourself, the one self.

Rachna is fascinated by eyes, and eyes feature in many of the poems in her first book. As she explains, just a gentle gaze into the eyes of the other is so profound, so deep, that it leads to a forgetting of ourself as a separate entity.

The poem ‘Dance of the Iris’ was written for the person she fell in love with. As she gazed into his eyes, from one eye to the other, the irises spontaneously dilated and constricted in a kind of rhythmic dance. She comments: ‘There’s a sense of nakedness that comes about after gazing, because all that’s left is some kind of gaze that goes beyond the eyes’.

Listen to Dance of the Iris.

In 2020, although Rachna was working hard as a doctor helping to deal with the COVID-19 pandemic, the first strict UK lockdown meant that she had the evenings to herself. The poems that came to her during those times of solitude have a different flavour. Many of them express her joy and delight at all the ordinary experiences that usually pass us by, such as the loveliness of lettuce or the miracle of yeast.

As she says: ‘When we’re busying around, commuting, running from here to there, we miss out on this miracle that surrounds us. We’re surrounded by godliness, if we can just see it’. Her poem ‘The Deadliest of Moments’ describes one such miraculous moment. She was out running, listening to something on her headphones, when out of nowhere she suddenly noticed a branch of pink blossom and had to stop, arrested by beauty.

Listen to The Deadliest of Moments.

Many of Rachna’s poems have a musical quality, and are appreciated best when they are read aloud. The music is not just in the rhythm, but also in the raw sound of the words, prior to any meaning they may convey. Her poem ‘Scintilla’ came to her after she had been sitting meditating, noticing the on-off nature of her bodily sensations, which she compares to the twinkling of constellations of stars. It highlights the discontinuous nature of phenomena, in contrast with the continuous background of awareness.

Some of Rachna’s poems come to her fully formed, but sometimes she doesn’t know how a poem will finish, or even if it can ever be finished. Some of them are revisited and surprising endings are revealed. All of the poems that come to her are saved somewhere, but not all of them are shared. Nothing is rejected. She is currently compiling a second book of poems, to be published in 2021, and is waiting for the title to come to her.

Copies of 'Fall in love with Love with me?' are available on amazon.co.uk and amazon.com. Explore Rachna's new website: swirlingleafpress.com

If you liked this piece, then we think you'd like Corinne Cothern's essay about how poetry has guided her through the world.

Birds of Love – An exploration of the poetry of Rachna Chowla

In this conversation with Jenny Beal in December 2020, Rachna describes how her gift of poetry developed, and reads some of her poems.

A rendition of the poem Hsin Hsin Ming