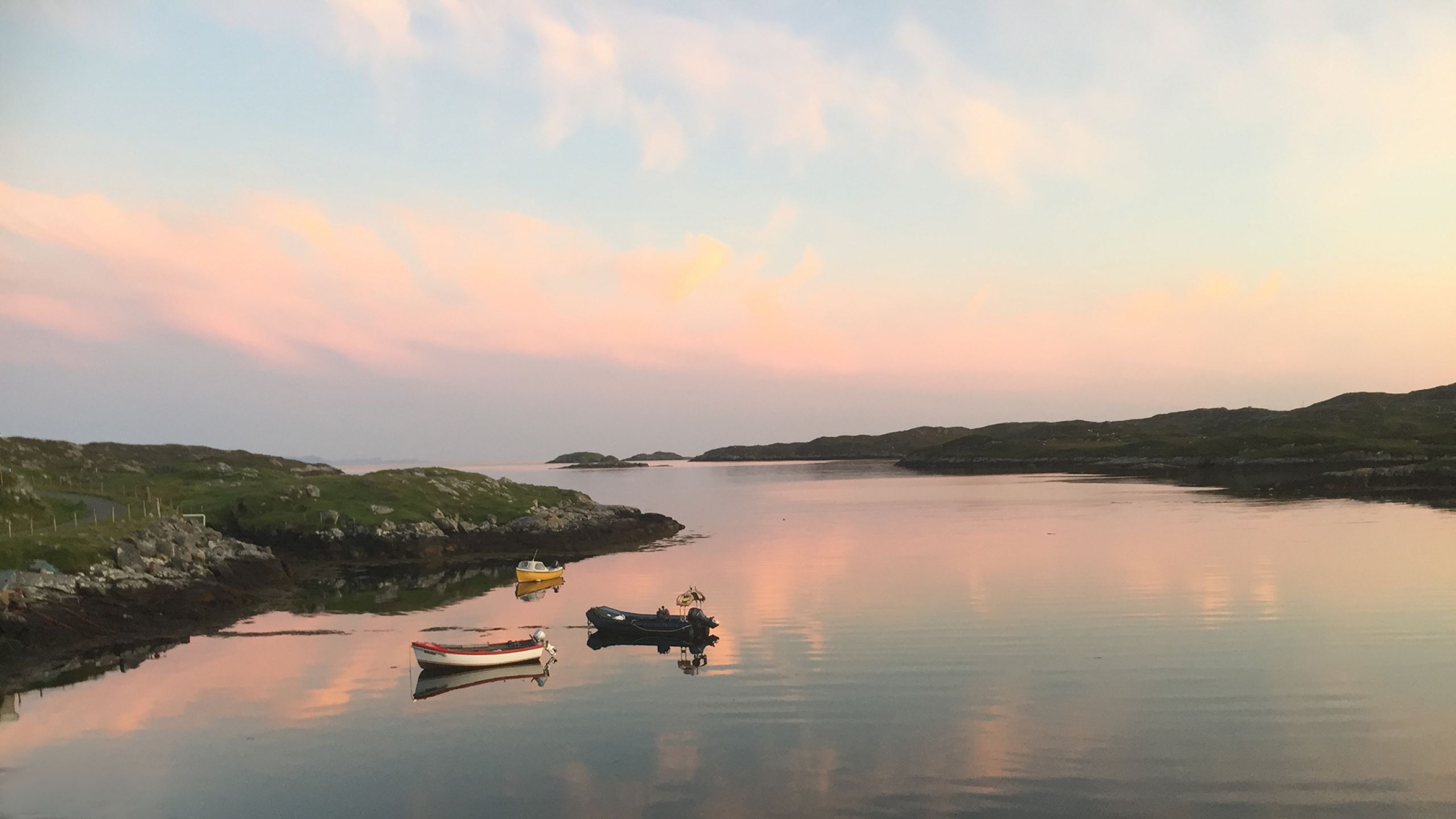 Hélène Demetriades discusses how poetry has arisen and developed in her life.

Six years ago, poetry arose for me spontaneously. My sleep was disturbed, and I was sitting up in the early hours meditating for long periods of time. I would hear the silence behind and within all forms of life.

It started with the bird chatter at dawn, each call or song drawing me back to the silence out of which it arose. The words, too, were coming out of this stillness. Every ‘thing’ was trailing silence behind it. A year later, I attended my first retreat with Rupert at Buckland Hall. It was there that I read my poems to an audience for the first time.

Initially my poems had a more abstract, non-dual flavour to them:

Listen to Giving Birth to a Me

Giving Birth to a Me

In thoughts of becoming

I give birth to a me.

in the cradle of my mind

complete in my cocoon

I miss the heart

I turned my attention to learning the craft of writing poetry and have since used a more concrete language. I focused on the natural world, celebrating individual living forms and their dissolution into transparency, often through decay. By focusing on details, the intimation and intimacy of what lay behind could shine through.

I hang out my wings to dry

in the wild quietude

who took my breath away

against the Cornish sky.

over the estuary sheen

Its hulk rises above the water’s edge

carrying the breadth of the world

Listen to The Fall

Your coat froths into veins of quartz,

the schist rock scattered about you

mirrors the shape of your skull.

A tuft of fleece caught in the crag high above

waves in the wind.

Your flesh has tightened to a gravy skin,

the yellow tag at your ear

Your eye socket is watchful

Your jaw is frozen mid-bleat.

Listen to Shutting Down for Winter

Shutting Down for Winter

along the shed’s eaves, whorl upon whorl

of a white and beige protectorate.

with the apple crop.

in the cold, narrow wings shiver.

the wasps crawl over the soiled meringue

Listen to The Gardener of Aleppo

The Gardener of Aleppo

Hearing Beethoven in the barrel bombs

he greens a rubbled city,

The essence of the world is a flower, he says.

drop in to buy cut blooms.

he is blown up, meticulously.

Listen to The Birth

I think, my birthday, but not my birth hour yet.

The leaning hollies are bursting with berries.

daubs me with her silver light. I am here!

During this time, several people significant to me went through their own dying process, including both my parents.

I focused more on narrative poetry around my own family relationships. The poems have expanded into a full collection, The Plumb Line, which will be published in early 2022. The title came from a dream I had after my father thanked me for ‘protecting him’ while I visited him at his nursing home abroad.

That same night, I woke with the words: ‘It’s not me, it’s not me the safe-keeper, but the plumb line between us’. I had had an extremely difficult relationship with him, but in the last three years of his life, I became particularly aware of a ‘plumb line’, or ground of being, ballasting and containing our relationship.

This poem came to me on the third anniversary of my father’s death:

Listen to An Alembic on the Threshold

An Alembic* on the Threshold

I sing as your body shuts down,

watch the doors of your mind

fly off their hinges, a white sun pulsing

through your eyes into the room,

your chest an alembic, gathering you

with each breath you suck in,

I witness your birth as you die

as you suck in your last breath

and you don’t expire, but keep hold

of the breath and take wing

as I gaze into your brilliant face on the bed

* An Alembic is a distilling apparatus used by alchemists.