Home Introduction Blog Philosophy Knowing that there is no doer, what is there to do?

Knowing that there is no doer, what is there to do? 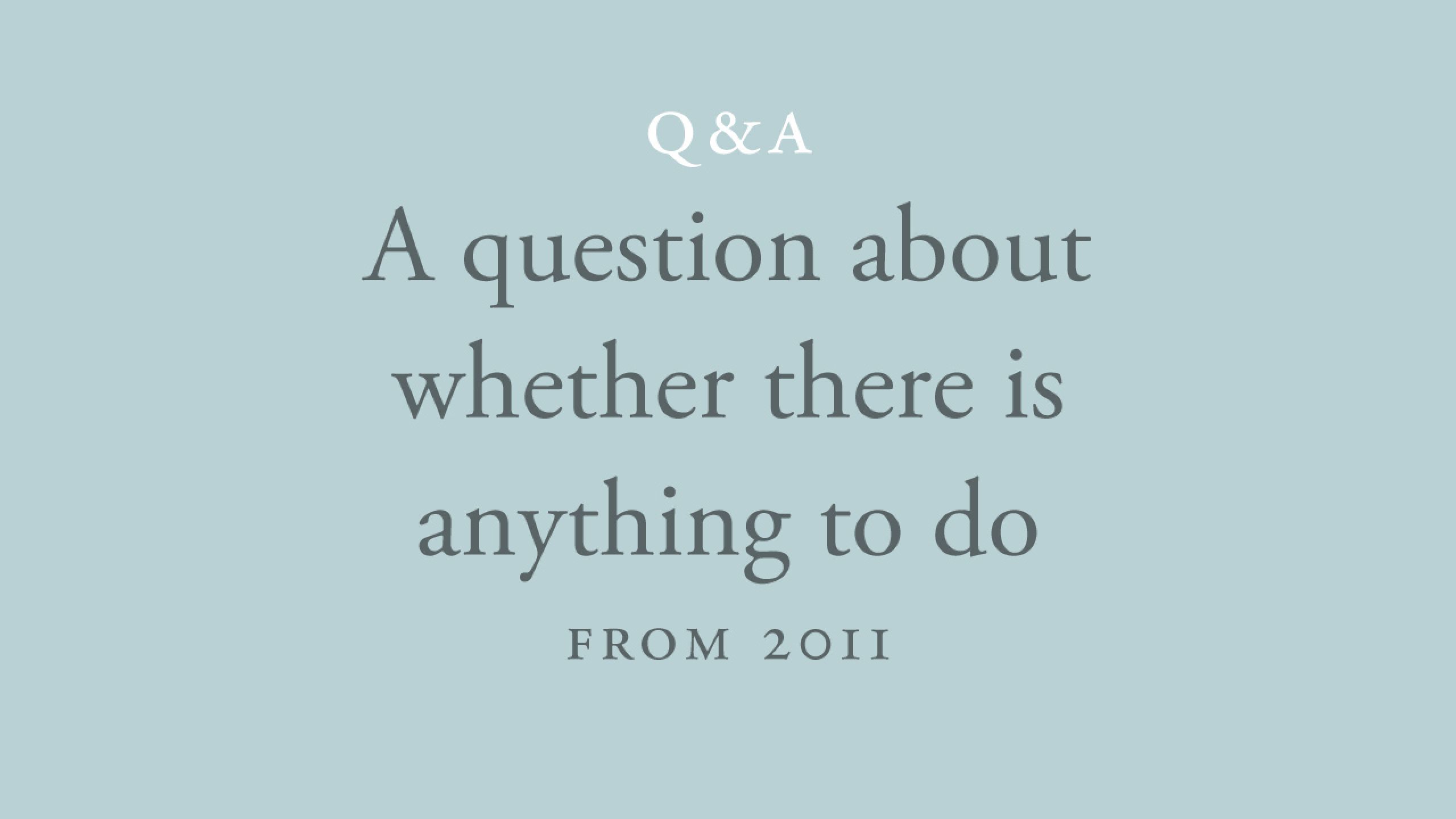 I feel the recognition that whether the mind is saying it is doing whatever action it is, that there is no actual doer. Through the understanding of what thought, mind and ego is, it has released its controls of me but not quite sure where I am. I guess it is just a matter of continuing self-enquiry till there is no I to question or ask anything? I realize that I am not the body-mind/ego nor am I the doer, so where to from here? Seems silly to ask this question, guess it is only because the ego I wants to know. Thank you so much for the wisdom you have shared – eternally grateful.

In fact, there is no such thing as an ego. The ego is simply an idea, substantiated at the level of the body with feelings, that mistakenly identifies awareness with an object.

What is it that knows? You, the true ‘I’, awareness, is the only one present to know anything. That one has no observable qualities – it is just pure knowing and being.

Where to go from here? The ‘Where to go?’ is the residual activity of doing or becoming that is inevitable if we imagine ourself to be a separate, inside self. It is the subtle movement away from the ‘now’ and the ‘this’ that characterises the imaginary self.

The imaginary separate self isthat movement, that dynamism of becoming which seemingly veils the peace of being.

Simply see that clearly. You are already the transparent presence of awareness. Why do you want to go somewhere? Only because you imagine that you are not already that one and are not, as a result, tasting the peace that is inherent in it. You are looking for that peace in a future object or situation.

As we explore these questions in this way, the residual dynamism that is locked up in the belief that we are a separate, inside self is gradually released, revealing deeper layers of contraction at the level of the body.

The exploration of these feelings at the level of the body is not a rational process. It is too subtle for thought. It is a silent, contemplative approach in which all the residues of thinking, feeling, acting and relating on behalf of a separate, inside self are evoked, revealed and contemplated with disinterested and loving awareness.

In time all these bodily contractions in which the apparently separate entity has made its home, are pervaded by the transparent presence of awareness in which they appear and out of which they are ultimately made, and the body, as a result, returns to its natural, organic sense of ease, openness and transparency.

Such a body will no longer trigger the seeking thoughts which keep the imaginary entity in an endless cycle of becoming. Without this deeper exploration of the sense of separation at the level of the body, the mind may have come to a temporary state of peace as a result of realising that there is no individual doer, but in almost all cases, these deeper residues of suffering in the body will eventually initiate a new round of seeking.

In other words: What to do? Keep exploring!