Home Introduction Blog Philosophy Is it possible to investigate the self without an agenda?

Is it possible to investigate the self without an agenda? 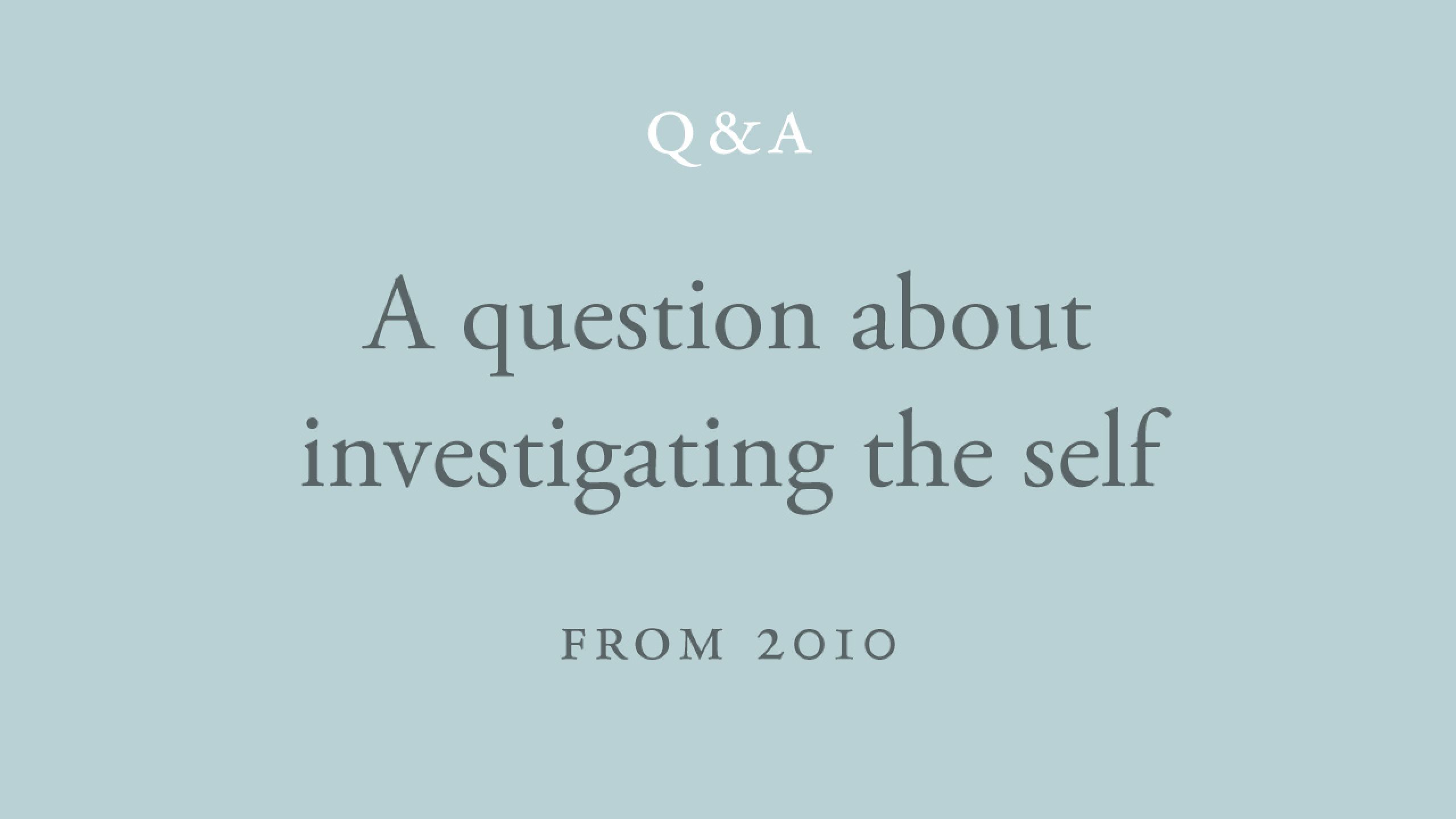 Many warm greetings from a beautiful moonlit night here in Switzerland,
Peter

Sooner or later we come to question this seeking itself, the ‘trying to get rid of something’, rather than simply seeking finer and finer objects. Rather than trying to get rid of the seeking entity, we resolve to find it and have a good look at what it really is. And when we try to find it, we cannot. How could one find, let alone get rid of, a non-existent entity?

In other words, seeking the end of suffering, trying to get rid of it, first presumes the real existence of the suffering entity. With that belief, the entity and its suffering are inevitably perpetuated. As long as the separate ‘I’ is considered to be real, it is inevitable that we will be trying to get rid of it. It is a vicious circle by which the entity and its search for the end of suffering keep themselves going ad infinitum.

At some stage, usually through investigation, that entity is found to be non-existent. At this stage its search and suffering may not end immediately, but they begin to wind down. However, you are right in saying that seeking is very subtle, much more subtle than most of us realise. The sort of sensitivity that is required to detect these finer layers of seeking is hard to describe via email. It is, in my experience, a deeply loving and contemplative approach which at some stage goes deeper than the reach of the rational mind.

With warm greetings from a sunny UK,
Rupert