The Extraordinary Lightness of Rock 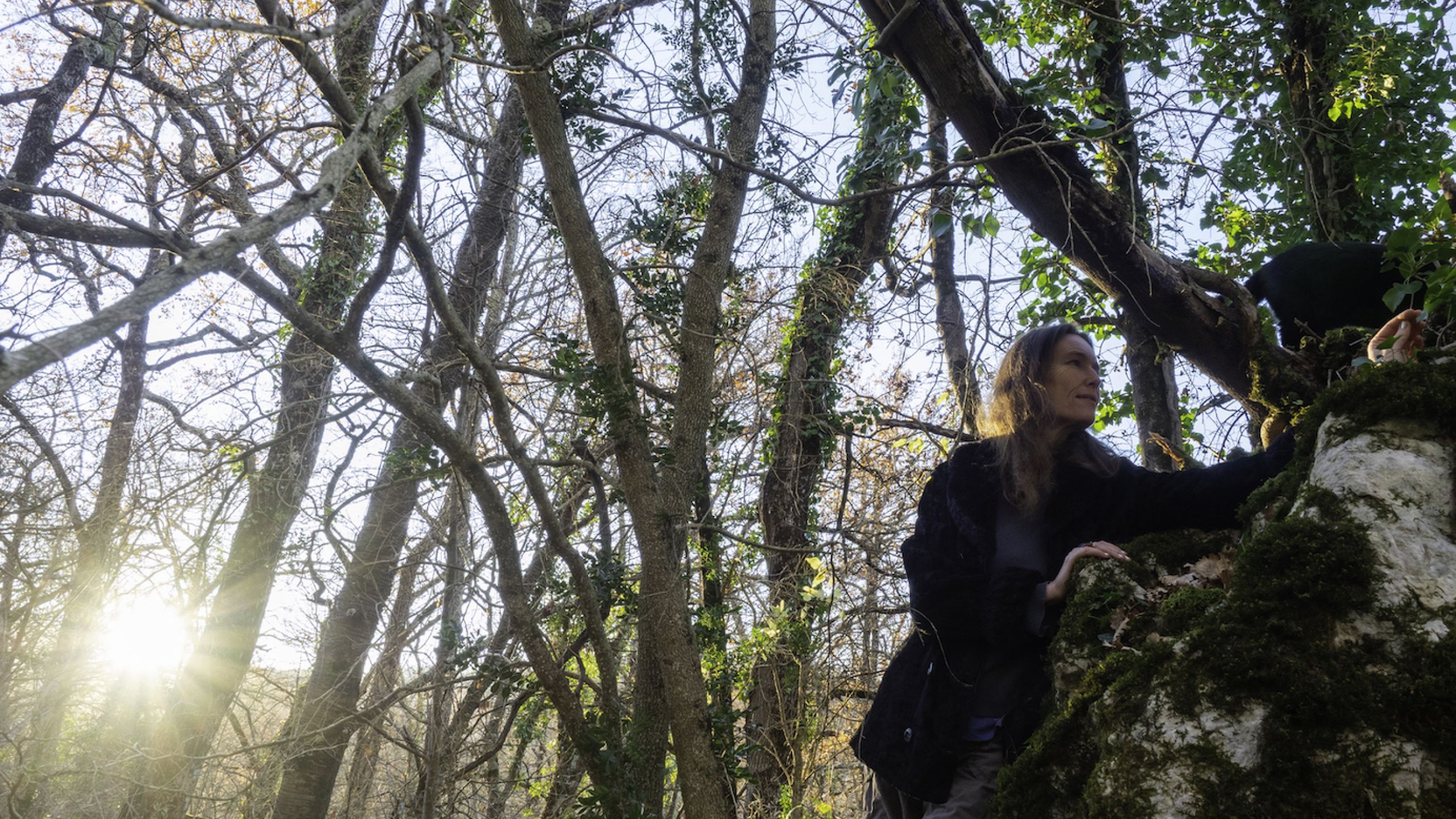 Words may be relative – and little bitty things at that – but they can contain and express the most vast.

They are the biggest containers and the most potent signs. Via them we point to a deeper reality. Their power to serve us, humanity and the planet is immense. Our job – as writers, poets and storytellers – is to harness that power. We work to open up a direct channel of experience from wordsmith, to character, to reader or listener.

Whether fiction or non-fiction, every story on the page is the same story: the character or narrator's journey to overcome obstacles, to re-find equilibrium and happiness, and to move from tension to release in the body and mind.

That narrative arc consists of a rise to a climax followed by a fall to a denouement. There is the large wave that is the ocean of the whole story, but there is also the breaker that is each scene and the ripple that is observable in even the hand gesture of a character.

As authors and poets we yearn to embody the same story; we hope to surf the same wave. We want our working life to be a putting down of effort and the feeling of separation in favour of entering into the heart of creativity. When we experience the move from 'block' to 'flow' we're living out the narrative arc.

Assuming we're doing our job well, the reader or audience's experience follows the same pattern: by the time we've written THE END, we've enabled an expansion, a release of tension in their bodies and minds. It's a finding – in some way – of who they are. It's a connection with something bigger. It's a dropping away of their small self in favour of a wholeness.

They might tell us that they are just reading about a liberating event described on a page, but if we've done our job well it's not merely that they are witnessing that experience, it's that they are that freedom.

But how to stay in that place of flow? Despite what we often believe, every internal or external experience – regardless of how happy or sad, pleasing or mortifying, pleasant or unpleasant, mundane or extraordinary – has an equal ability to take us to that immersion in creativity.

“How vain it is to sit down to write when you have not stood up to live.”
– Henry David Thoreau

The process begins with living. Our primary task as writers is to do that as broadly as possible. Our training is to rest steadily in the face of whatever arises internally or externally; only when we make good contact with it can we get it down on paper.

As observers of life, we don't have much time for judgement of ourselves or others. We're too curious for that. We look for places in our lives where our ideas – or even our sense of ourself – has become fixed, and we question that. We ease into it in search of expansion.

In doing so we see, in the spirit of Keat's proclamation, that the great joy of writing 'is that it makes everything interesting.'

The process of observing (internally via the imagination, or in front of us in the real world) and then telling or writing about any subject is not one of standing aside from the subject. Instead we enter into dynamic play with it and with the reflection of our experience which is the words. As if peeling an onion, we tenderly pare away the layers of ideas and assumptions that we usually apply to a situation.

We want to move past cliché – those words so tired from everyday usage that they die on the page. We want to cultivate expression that is fresh and new. We want to offer words that come as a revelation to those receiving them.

“Flower after flower is specked on the depths of green.  The petals are harlequins. Stalks rise from the black hollows beneath.  The flowers swim like fish made of light upon the dark, green waters. I hold a stalk in my hand.  I am the stalk.  My roots go down to the depths of the world, through earth dry with brick, and damp earth, through veins of lead and silver.”
– The Waves, Virginia Woolf

Musing on this theme, this week I went out walking. Notebook in hand, I was in search of a simple subject: a rock. I say simple but the limestone here, carved by rivers and folded during the formation of the Pyrenees, inspires awe.

As I pushed through cracking winter branches, nature called out alarm at my arrival in the form of bird calls and scrabblings in bushes. I arrived at the base of an immense rock.

I sat there and, my face warmed by the winter sun, focussed on my senses. I asked myself: What can I smell, taste, and hear? What colours can I see? What textures and temperatures can my skin feel? I then moved to the internal sensations in my body and became aware of vibration. Moving my attention out, I questioned: what is my felt sense of the quality of movement of this rock?

With these invitations my thoughts dropped away. As I settled into being there, nature's alarm faded around me and there was peace.
I was struck by a paradox: the limestone was both utterly solid, heavy and unchanging, yet – in its grain-like texture, and deposited seams of organic sediment – there was so much arrested aliveness.

And then a second paradox: the longer I related to the rock, losing my feeling that it and I were separate, the more its immense weight seemed to lift – evaporate almost – and the lighter and airier it seemed to become.

These two realisations brought something unlikely and delightful to the situation. They engaged me. Through my words they would engage a reader.

If you write a journal you might have found that, by writing about a problem in a relaxed state, a solution often emerges as if by magic. Similarly, if you write books, you'll know those moments when a character gets up and lives. They begin to tell you what they should do next, what they should wear and how they should speak, rather than you needing to keep 'making it up'. In these situations, the weight of having to regulate the process lifts.

The more I enter into a relaxed space with a subject the more the words reflect the whole experience rather than fragments of it. The answers come because I’m not limiting myself. Increasingly I don’t need to search or push for an outcome – it is given.

As the rock can seem to be heavy but is revealed to be light as a feather so creative stuckness – commonly known as 'block' – can be seen through by the putting down of over-effort and our sense of separateness.

In this, we're not only supporting the natural orienting of the human-being-animal towards health via storytelling, we're also being called back to the peace, beauty and immensity of it all.

Wishing you a happy new year and a 2022 in which connection and ease outshine separation and dis-ease. 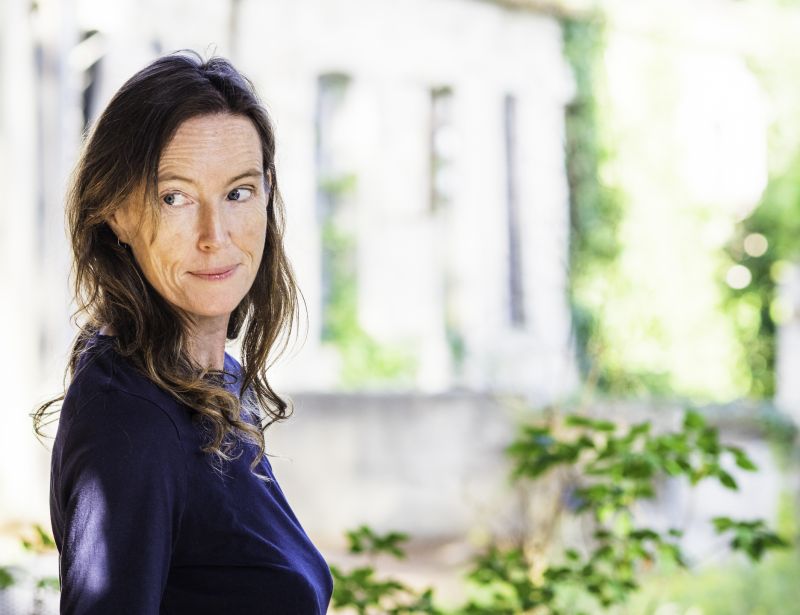 Bridget Holding is a writer, editor, mentor and arts and body-based psychotherapist. She's a lover of nature and the exploration into the nature of our self. Whenever she's at home in southern France, she welcomes wordsmiths to the Pyrenees – through her company Wild Words – and bombards them with beautiful quotations. Her novel Phoenix: The Delusional Detective, has just left home in search of an agent.

What is the experience of birth or death?

Should I let grace take its course or establish myself firmly in the seeing?

Are awareness and nothingness the same thing?