Waiting Without Waiting, an Essay on Jean Klein 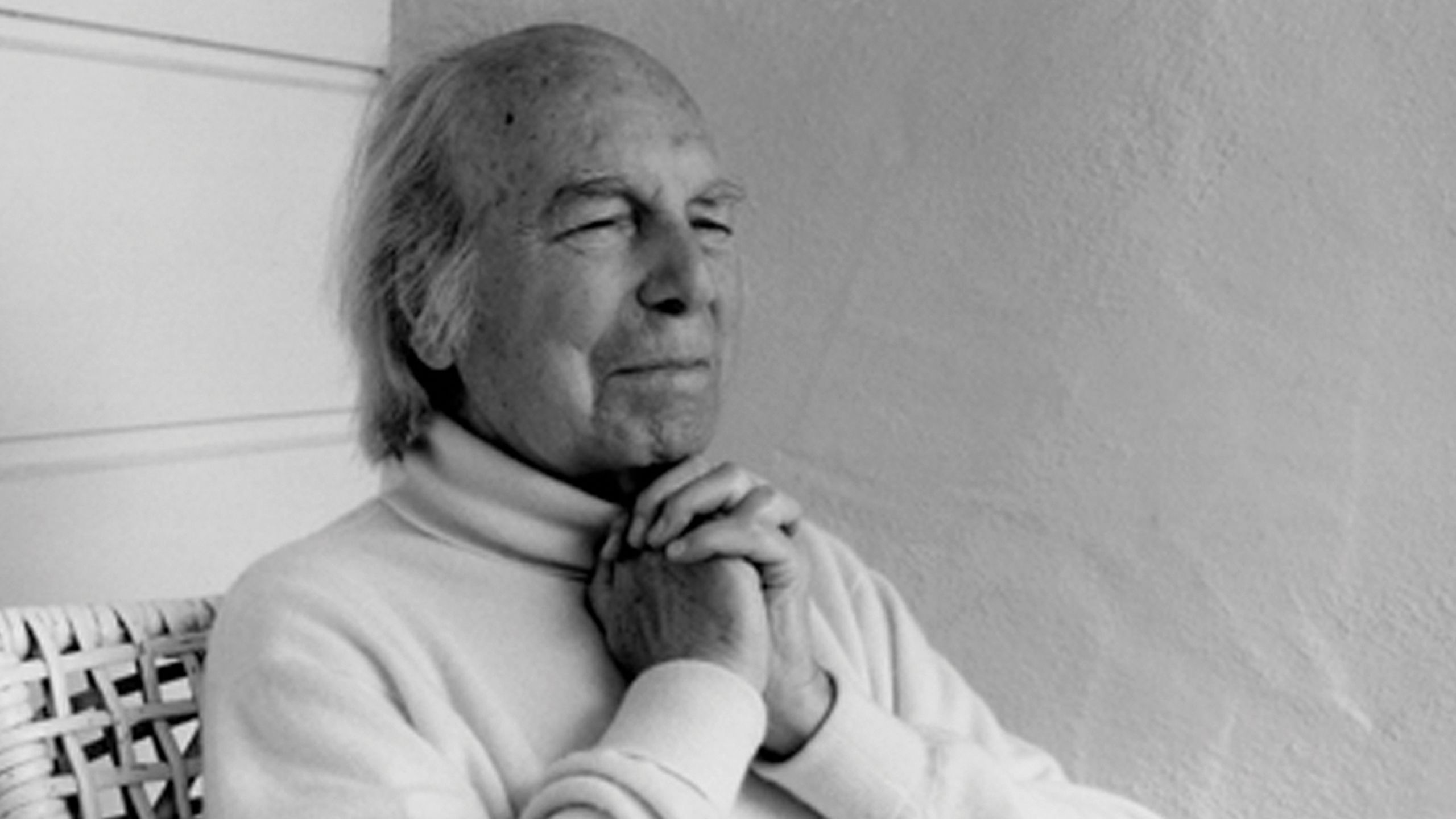 I have read many of Jean Klein’s books, but I cannot tell you anything about his teaching. Anything said about it would be the mind’s attempt to reduce the infinite to the finite. If we want to speak of it, we should remain silent.

Likewise, anything we say about Jean Klein as a person tells us nothing about him. To know his teaching, the mind must give up its knowledge; to know him as a person, one must cease being a person.

My mother once visited the Albanian painter, Chatin Sarachi, and asked him about God, ‘If God exists, how do you dare even mention his name?’ he replied. Jean Klein was a man after Sarachi’s heart. How could the mind, which is itself an apparent fragmentation of reality, ever know let alone speak of it? The mind should tremble in the face of reality and fall to its knees in silence.

Jean Klein lived on his knees in silence. This silence is not the absence of sound; it lies behind and within both sound and its absence. It is the silence that Alice Meynell refers to when she writes, ‘My silence, life returns to Thee in all the pauses of her breath. Hush back to rest the melody that out of thee awakeneth, and Thou, wake ever wake for me.’

As a concession to one who longed for the peace of their true nature, Jean Klein would sometimes say, ‘Listen!’, and then, ‘Be the listening!’

Or, ‘Wait without waiting’.

Jean Klein was an artist. He didn’t see the world as a distraction from God’s being; he saw it shining with God’s being, as God’s being. He felt that a true work of art comes from this intuition or understanding, and becomes, as such, a pathway through which the contemplator of it may be taken to their true nature. Like the painter, Paul Cezanne, Jean Klein felt that the purpose of a work of art was ‘to give people a taste of nature’s eternity’.

Klein particularly felt this power in music. The opening verses of Rumi’s epic poem, ‘The Masnavi’, could have been written by him: ‘Anyone who has been separated from someone they love will understand my music. Every separation is an echo in the heart of the great separation, every sorrow an invitation to return. For anyone who has been taken from their home longs to go back.’

Jean Klein’s other great contribution to the contemporary expression of the non-dual understanding was his approach to yoga, rescuing it from new-age interpretations and restoring to it its original sacred significance. He understood that the body is not experienced as a solid object but as the ‘experience of sensing’, floating weightlessly like a cloud in the open, empty, loving sky of awareness. As this ‘energy body’ is surrendered into this transparent, luminous, loving presence, it gradually expands into it and is, in turn, permeated by it, like a cloud expanding into the sky becomes permeated by its emptiness. Each mingling and exchanging their substances until only this transparency, luminosity and love remains. That is the true body.

This is the meaning of Shiva Asana – the ultimate posture. Not a fixed position that the body adopts whilst lying on the floor but, in Christian terms, the ‘transfiguration’ of the physical body into the body of pure knowing, the body of love.

1 My rendition of the beginning of Rumi’s epic poem, ‘The Masnavi’

I understand my true nature, but I don’t feel in total peace